There has been a lot of interesting 3 rail conversions on ebay this summer. I bid for some but lost most of them as I considered them to be overpriced. I decide what I think that the engine is worth, bid that amount and never raise it. There will always be another one a long in the future which might be the right price. 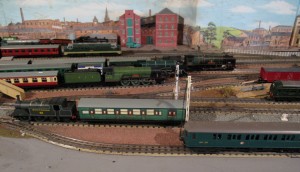 This is one I did win. It is a Triang Hornby M7 in Southern Green with a Southern coach which is an old blood and custard wiith Southern overlays along the sides. It works out very nicely and the engine is a good runner. 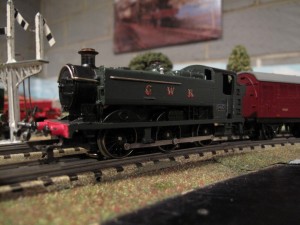 Then came another Graham Farish tank engine but this time with an original mechanism. This was bought because the one I got last year burnt out its motor and my little man says that it will be very difficult and expensive to fix. So this one came along as its replacement. The body is in much better condition, looking almost like its only been run infrequently. A very nice runner.

The third purchase was an Autotrain based on an Airfix 0-4-2T and a Hornby Autotrain Carriage. This is a very interesting conversion as the carriage has the three rail pickups and there is a wire that connects into the engine either on the front or the rear buffer beam. This enables it to push or pull the carriage in either direction. It works very well indeed. 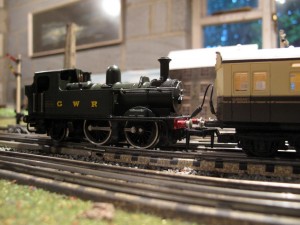