Well the person who made this body took a standard N2 and cut out the boiler completely including the filled in bit that joins the bottom of the boiler to the front wheel splashers. He then fabricated a new boiler, adding new safety valves direct into the boiler (unlike the original which has the safety valves on a circular plinth) added a new dome but left the foundation ring on display and what looks like an original chimney. He then added a Westinghouse air pump just in front of the side tank. There was now a gap under the boiler between it and the chassis frame just like the prototype. He then painted it in red primer and then added fine handrails. Oh yes and he added a vent to the cab roof and put coal in the bunker.

Sorry about the picture quality but it was taken back in 2005 but you get the drift. I bought it from Mike King a friend and dealer who lived in Christchurch just as you see it.

Now he (could it really have been a she) had spent a lot of time producing the body and to make it effective it had to use an early horseshoe magnet chassis as this enabled the gap under the boiler to be seen. The later N2 chassis would have had part of the motor visible.

So when I bought it had an early chassis with green wheels on one side and black on the other. it hardly ran but it did. So why after spending so much time and effort on the body 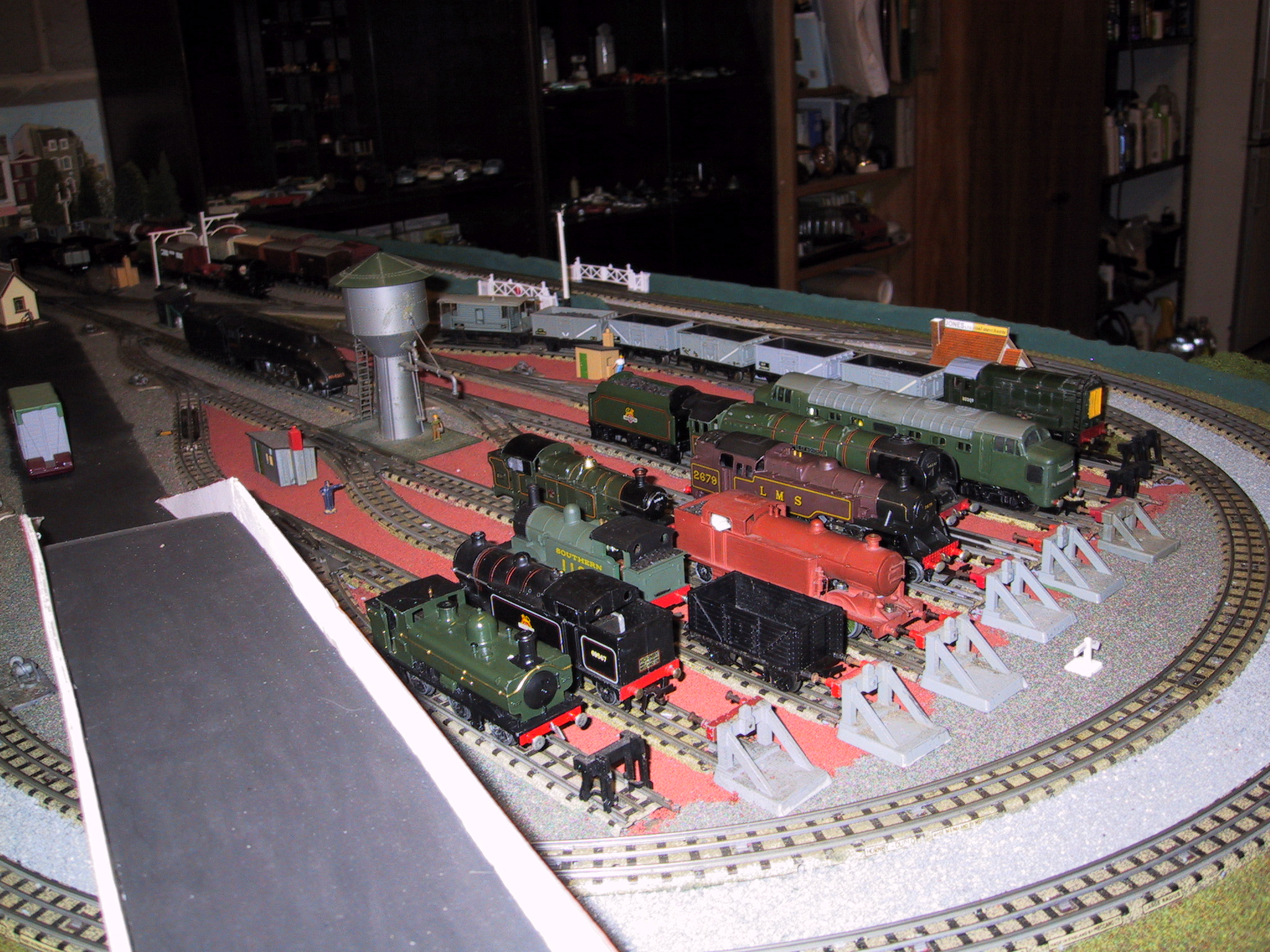 I had improved the running by switching to a neo horseshoe magnet but the running was no more than acceptable.

As the number of locos on the layout increased leaving this in a siding with little or no running became a problem. So I did a quick and nasty matt black paint job, added an LNER sticker and installed a new armature and low behold it became a standard N2 excellent runner. Why did it take all that time

So there we have it. A unique (surely no one else would have gone to all that trouble with the body) Neverwas N2 which runs well but has a mismatched chassis and a terrible paint job.

And a final question did an N2 ever have a Westinghouse air pump? I am off to Google to search their images