I am not a railway enthusiast. I was never a train spotter in fact I had no interest in trains until I resurrected my childhood dublo in my 60’s and started playing with trains again.  Bu that is by the way but of interest as you read on.

The Neverwas  is not a Neverwazza or a conversion it is an engine which does not really represent a prototype.

In fact it was all started by Meccano when they first introduced Hornby Dublo back in 1938. They introduced the A4 “Sir Nigel Gresley”  which was definitely based on the prototype and four  0-6-2 tank engines.

One of these was an LNER version which every one at the time said was a model of an N2, but HD never admitted to it, The LMS and SR versions used the same body and had no prototype locomotive anywhere near the same. HD altered the body for the GWR version but even this had no obvious prototype.

Thus HD introduced 3 neverwas locos which had no prototype and never admited to the N2 until after the war when they liveried it into BR and gave it a definitive N2 running number.

So to the current, Ebay listed a 3 rail V1/3 2-6-2 by McGowan models, Re the first paragraph I had no idea what a V1/3 was but Google knows. It was a Greasley 2-6-2T 3 cylinder tank engine with Walschaerts outside valve gear and McGowan made the body for a Triang chassis which included the cylinders and the motion. 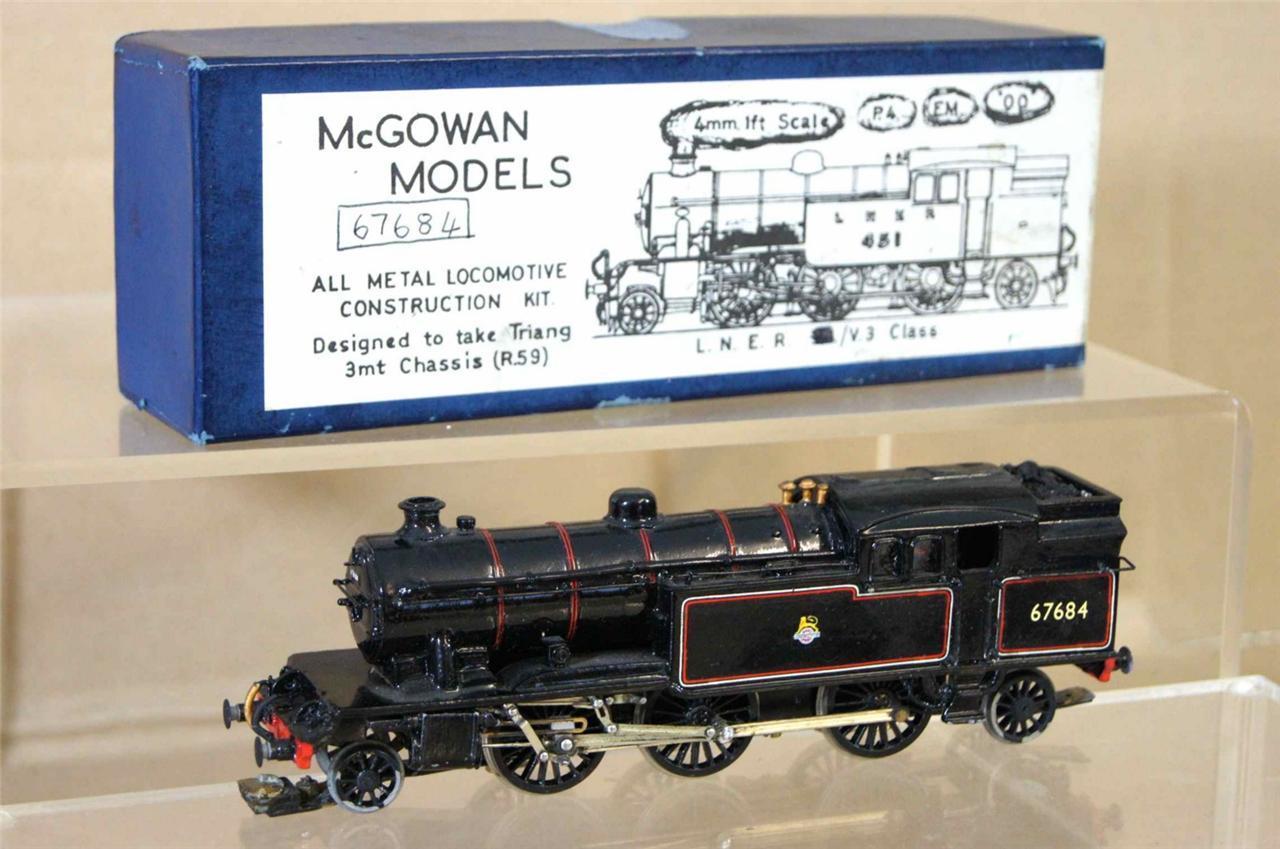 This is the BR version which must have come much later but the outside cylinders and motionn are obvious. Although as the motion was to come off a BR standard 2-6-2 there would have been no guarantee they they would line correctly or that he wheels would have been the correct scale size. Anyway,

The ebay version was this: 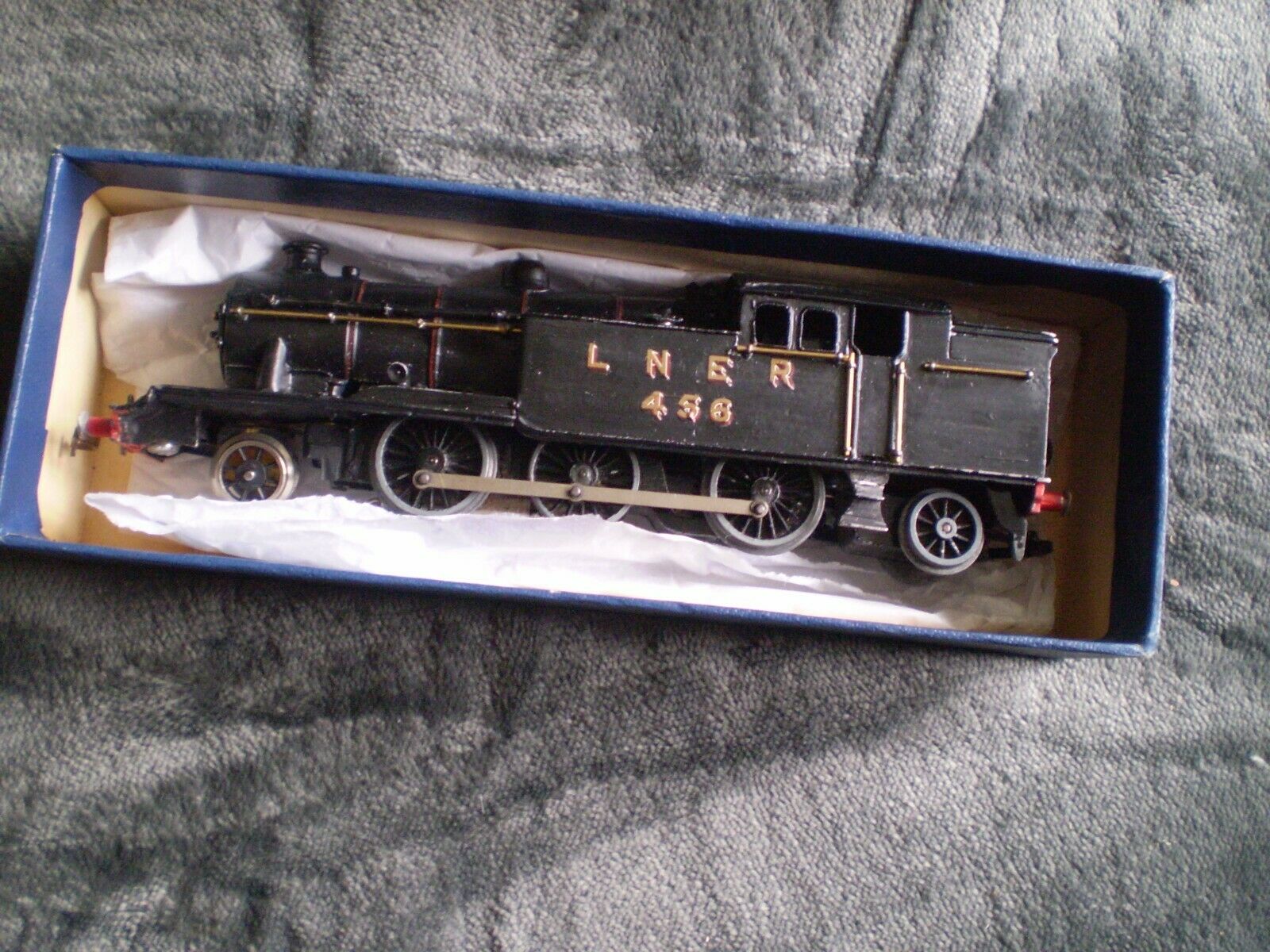 Other photos showed that it was an HD 0-6-2T chassis with an added front bogie. No outside cylinders and no valve gear.

So it was a neverwas – the body might look like the prototype but not the running gear but the hope would be that it was a good runner.

The first thing you do when a new loco arrives is put it on the track and see how it runs – they never run well but that  is where you start.

This one startered off at speed altough noisy but derailed its bogie within a foot and its pony at the first curve – not a runner then. The body under the tender had a hook at the rear which extended into the body and stopped the pony wheels from moving freely – cut off and filed down so that the pony moved freely and did not derail. But the bogie was a different matter. Nicely made with an accurate attachment to the chassis but with no weight it moved in all directions. This loco had been produced by a bodger and I was there to continue that,

The bogie was a simple open topped box with a rivet at the bottom holding the connector in place, which was not firm and allowed it to waggle sideways. In these circumstances the bodgers bible says try something temporary first before getting out the soldering iron. So bluetack was pushed into the box making sure not to foul the axle. Much better but still jumped off at the slightest imperfection (points or X crossing). More bluetack plus two small slithers of lead sheeting pushed into it to add weight all done without fouling the axle movement. Result is an absolute succes running tender first, no movement off the rails, no derailing many circuits with no problems, Not sure I want to try it chimney first as this might be too much of a test, Anyway tank engines were meant to run tender first.

So now we have a neverwas bodged V1/3 with an inside motion that now runs very well as it has an N2 chassis – bit of a winner if you are a HD runner and not a railway enthusiast/rivet counter. 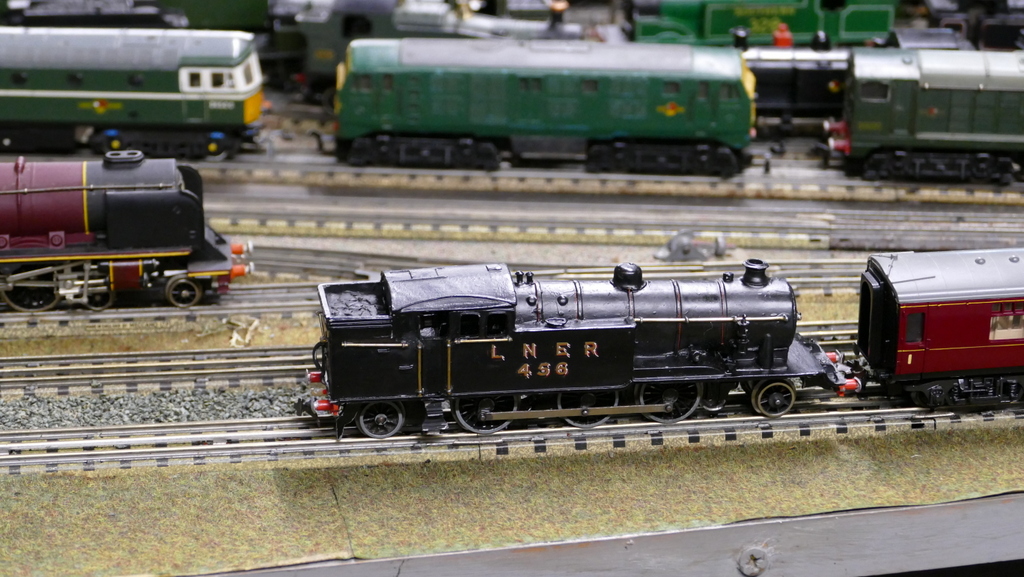 The body was well made and well preserved with no marks so looks good. Conclusion – good runner, good looking engine shame about the originality but who will ever know. Don’t you tell them.

So another runner added to the loco roster but with no room in the sidings one of the poor runners had to stand down. Last year I bought an Airfix 4F converted to 3 rail running. It was cheap looked nice and seemed to be well converted with an HD pickup but it was a tender drive and I should have reconsidered as tender drives often don’t work well on HD track. On arrival it worked fine but would not pull the skin off of a rice pudding. One Trix coach was its maximum. I cleaned the tyres thoroughly but it didn’t make much difference. So that is the one to go at the moment. I will probably try a new set of tyres just to see if it will improve but for the moment it is in the “to do” box. Shame really because it does look the part 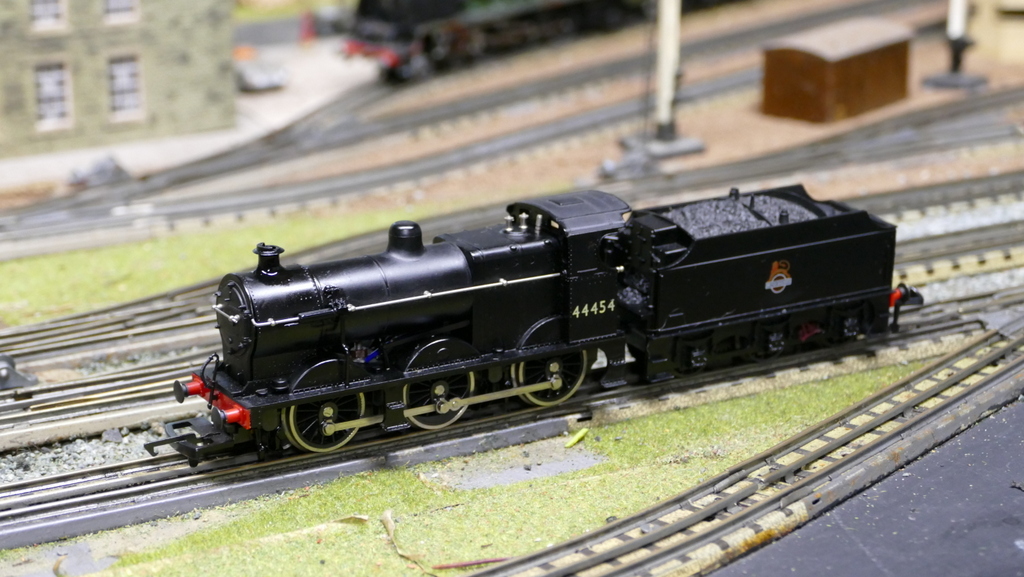 2 thoughts on “I bought a Neverwas”