The J50 I recently added to my loco fleet features here

This month thanks to ebay I added the GWR V1. This was a very speculative purchase as the pictures showed no pony wheels and did not state that it was on an HD chassis even if the picture of the box showed that it should be. Anyway I took a chance and got it at a very good price. When it arrived, in the original box, it was clear that the pony wheels assembly had broken but the seller added a suitable pony set up . So the new pony wheels which were on a plastic carrier were added – not quite right but reasonable, the chassis, which was an HD 0-6-0, was 3 railed with a Marklin skate and nylon bolt to prevent shorting, The original 2 rail pick up was rewired to earth and the bottom of the skate insulated to prevent contact with the 2 rail pick up wire. The nylon bolt had a thick screw head and this had to be filed down to ensure that the skate had the maximum clearance. A little more filing is necessary as it stutters on the X crossings with their higher central section. I added coal to the bunker but the engine is still minus its handrails which I need to work on. 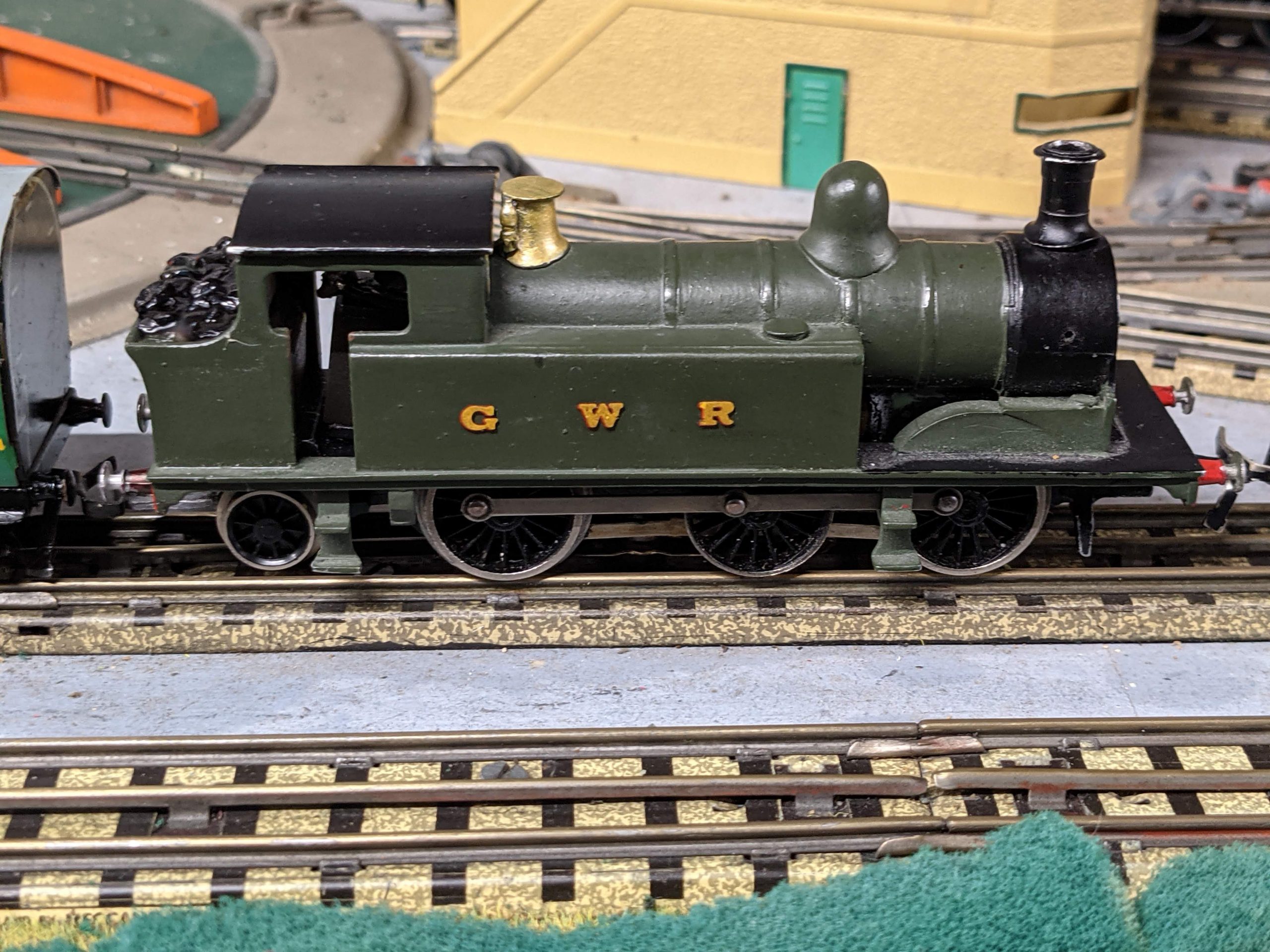 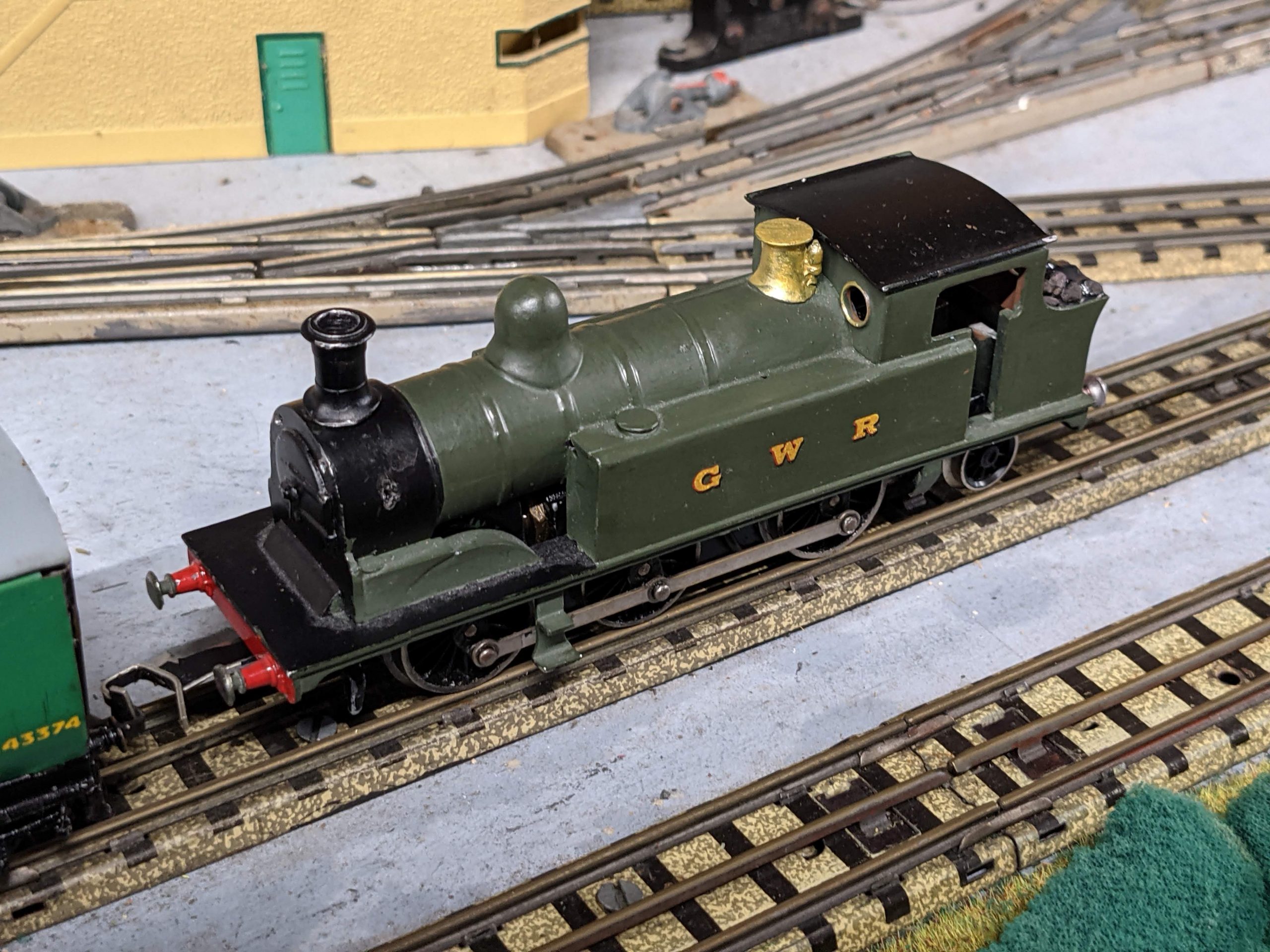 The one thing that you can’t see from the pictures is that the pony wheels don’t actually run on the rails, they hover slightly above. Adding some weight to the plastic pony just lifts the front drive wheels so I am going to live with them just not touching.