I started my 3 rail layout with 3 small ovals and 3 HD A3 controllers which worked fine. There was a great deal of correspondence on the web and the HRCA that these controllers should be handled with care as the mains leads could perish and cause problems with the controllers with the fabric covered mains leads being the most vulnerable. I added a mains trip.

When I started my extensions to two of the lines I switched to an H&M Duette being slightly newer but still behind the mains trip. This did not last that long before it had problems and this was changed to two H&M Clippers. These have the added advantage of being 12V and 1.5 amps allowing a little more oomph for some of the engines.

Over the years I have kept with these but they gave up fairly regularly and as they are sealed with rivets not screws I have been reluctant to delve inside. This came to a head over the last winter when one failed early on, was replaced and this one failed as well after a few months. Time to break out of the circle.

So to the Rolls Royce version. Why Rolls Royce – it does what any controller does, controls the trains, but it does it in an immaculate fashion, it’s hand built to order and its a work of art as well as totally functional. oh and by the way its expensive.  I never thought that HD trains did slow running but with this controller they will crawl very realistically. It has enough power 15V and 3 Amps to run the most reluctant of engines and with the separate amp and volt meters it is also possible to gauge the health of the engines by the amps they are pulling whilst running. 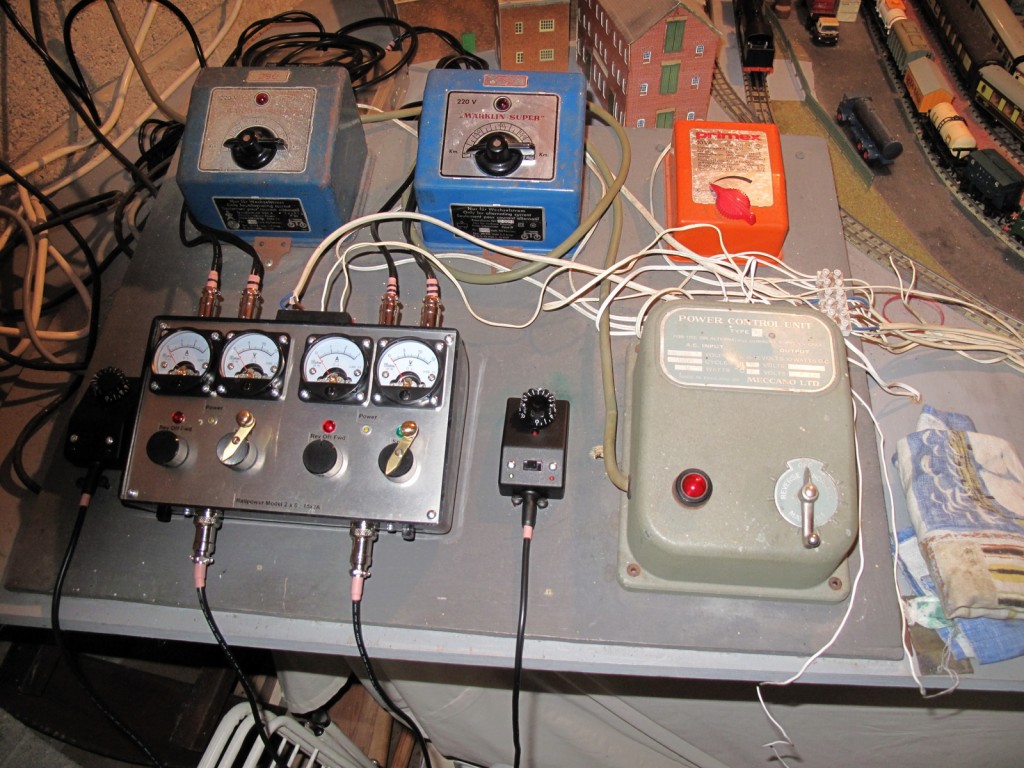 my magnets off him I have no other connection except as a very satisfied customer. We spend lots of money on engines and rolling stock and use very old controllers because we know no better. Now having a modern one I have smooth performance, excellent slow running and more power than I know what to do with. The transformation of the running experience is huge I just wish that I had bit the bullet before. It has a separate transformer which I have tucked away behind the control panel. I also ordered the optional hand controllers so that I can shunt in the sidings on both lines – very convenient. 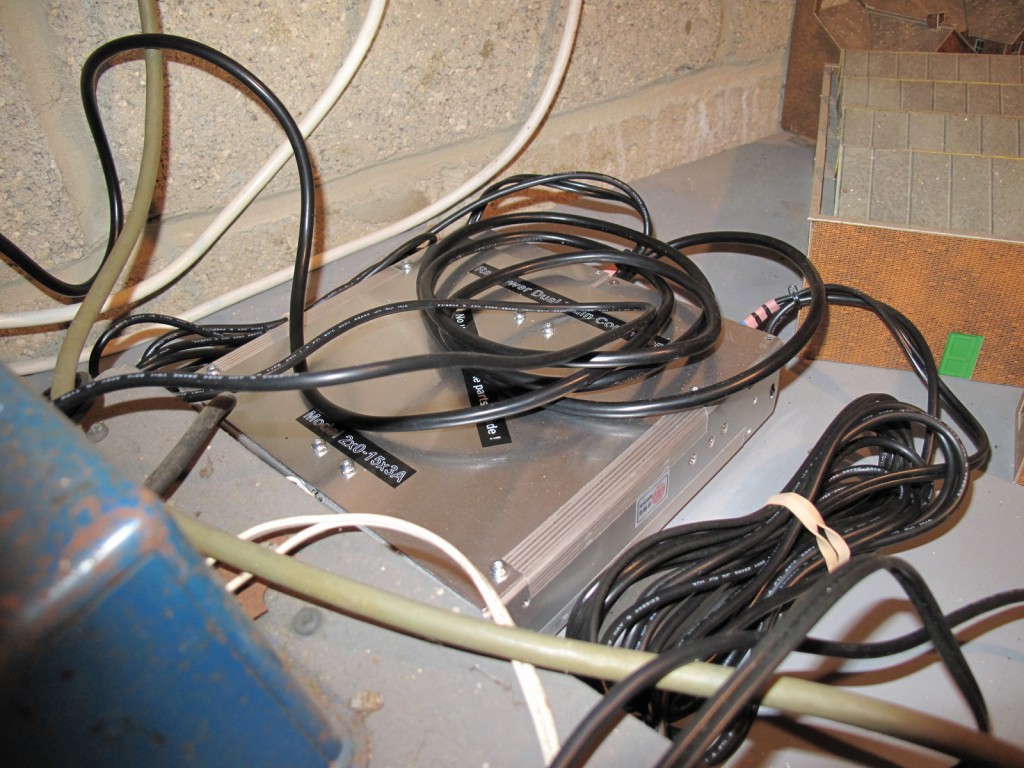 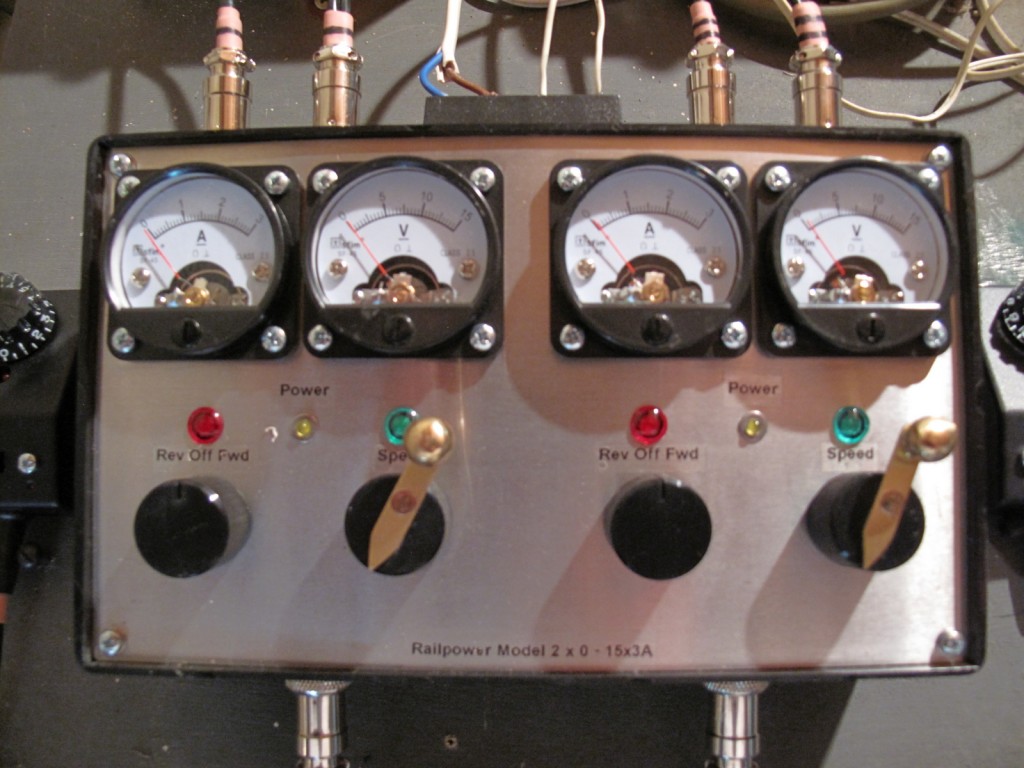 It is very interesting that so far experimenting with some of my engines the Triang Winston Churchill pulls nearly 1 amp when pulling 3 coaches whereas most HD engines are below .25 amps when pulling normal trains. The 8F, which has always been a slow runner, shows that it needs some 13- 14 volts to run at normal speeds. All very interesting but not really sure what it means but you can never have too much information.

Now what do I do with the three ancient Marklin controllers and the A3 controller which still manages the small oval?

One thought on “Rolls Royce of Controllers”