The boy recently converted a Wrenn LMS R1 loco to 3 rail running. This is my fourth R1 in

various liveries. These locos have very light plastic bodies and with the addition of the 3 rail skid are just about able to pull one coach and a van or 4 plastic goods trucks. This is perfectly OK for branchline running and I have run that way since I had the layout. 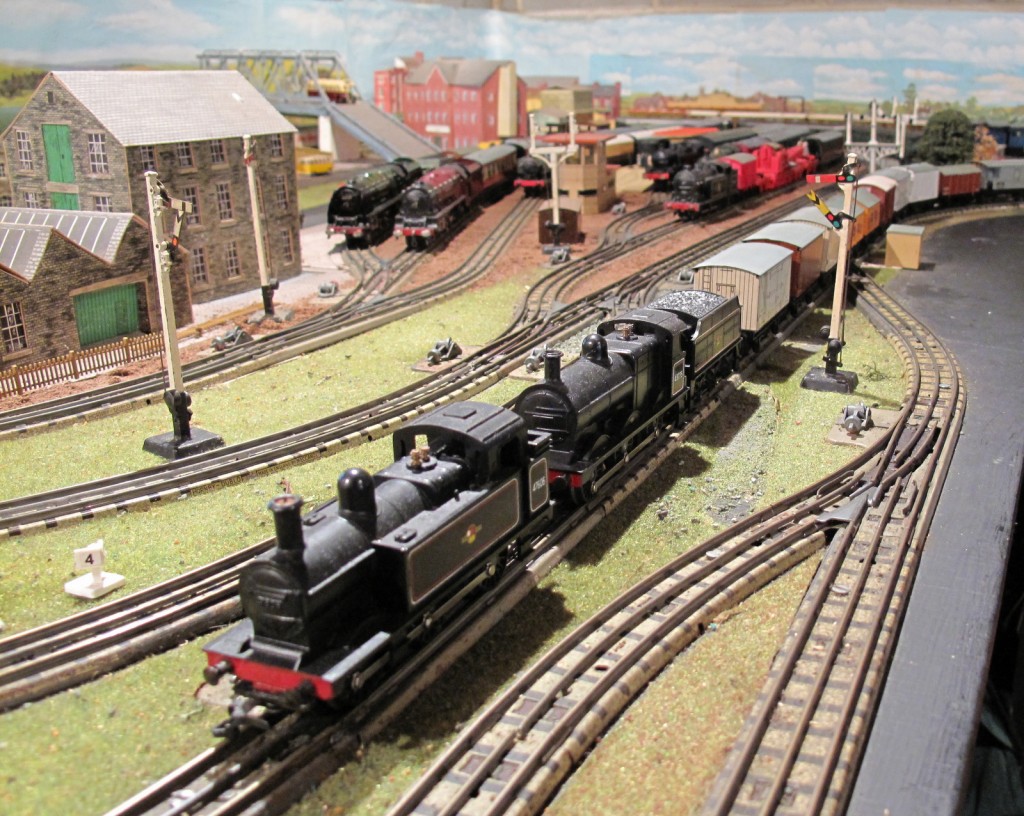 But in the course of the conversion we had two engines running together and so we progressed to see what they would pull. The two engines were able to pull a 7 0r 8 wagon goods train or 3 SD carriages. So a real case of double heading where a single engine can’t pull the train so a second engine is added, a fairly common practise in steam days and now taken to extremes in the US with up to 6 diesels connected to the same train, sometimes 4 up the front with 2 pushing and in some cases even a couple of engines in the middle. 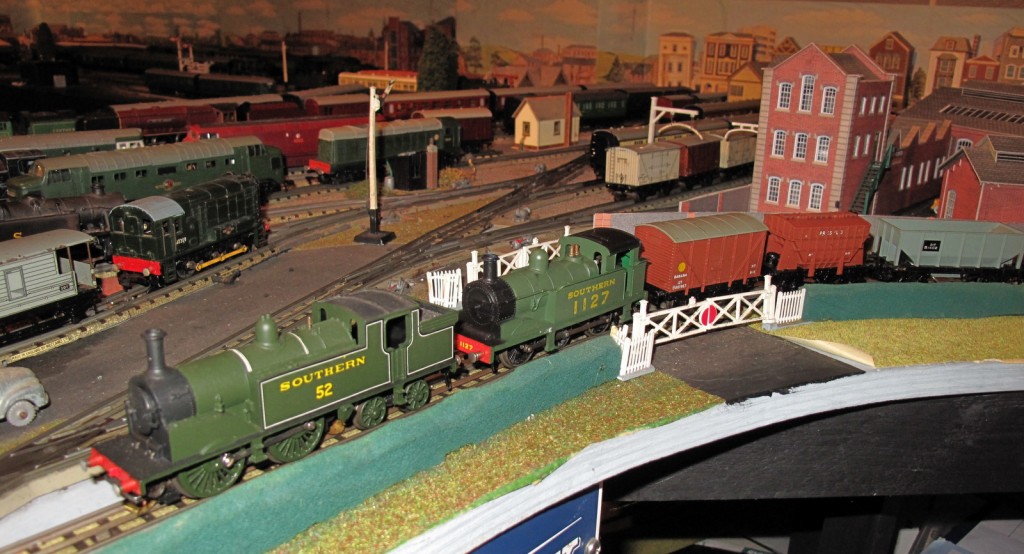 I have a collection of small engines mostly converted from Triang or modern Hornby which all suffer from the R1 problem – plastic body plus skate giving minimal haulage capability. Well along comes double heading and they will now pull my standard goods and passenger trains. A real game changer in running more interesting stuff.

All double heading has been done on my sole remaining H&M controller but I will try it with an A3 and then comes the new controller which is due next week.